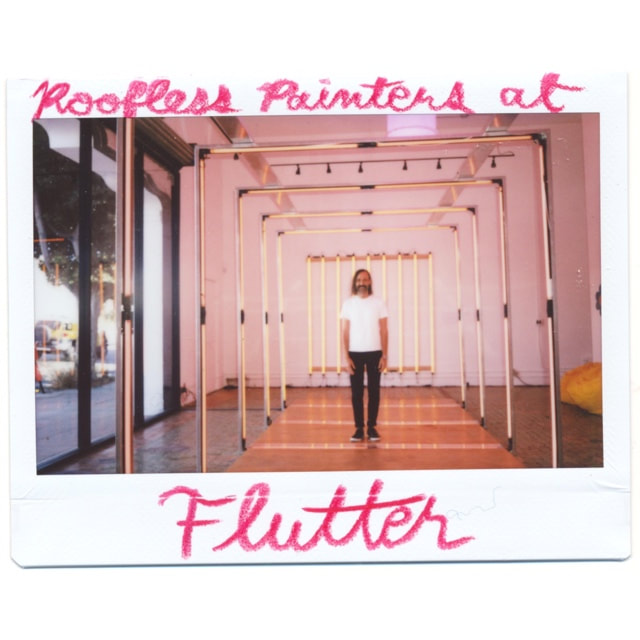 • All levels and experience welcome.

• Feature your artwork on our Roofless Gallery.

FLUTTER is a new exhibition space in LA (one mile east of LACMA) featuring art installations by groundbreaking contemporary artists focused on creating an immersive, interactive, and multi-sensory experience.

The current featured show has been curated by Karen Robinovitz, a board member of the Bronx Museum of the Arts and the Brooklyn Museum. Flutter is partners with the Born This Way foundation as part of a common mission to bring evidence-based platforms and experiences supporting mental and emotional wellness. We're excited to be part of their educational programming.

Flutter has been featured in FLAUNT magazine and ARTNEWS.

Know the neighborhood: Fairfax is sometimes referred to as the Fairfax District, presumably to differentiate Fairfax Avenue from the surrounding neighborhood. The stretch of Fairfax Avenue, which passes along the neighborhood’s western edge, is sometimes referred to as “Kosher Kanyon" or the “Bagel District” — though LADOT signs proclaim it “Fairfax Village.” The nicknames reflect the district’s historically strong Jewish presence, although much of that community has moved west since its heyday in the mid-20th century. As of 2000 the population was 85% non-Latino white (mostly Russian, Irish, and Ukrainian), 6% Latino of any race (mostly Mexican), 5% Asian, and 3% other race. It’s also home to The Grove, The Original Farmers’ Market, and CBS Television City.