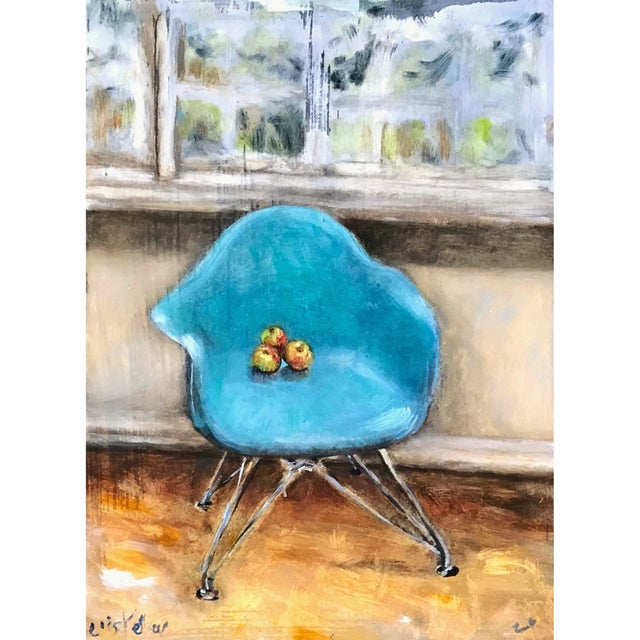 A year prior to this series, in April 2019, LACMA opened David Hockney’s exhibition “82 Portraits and 1 Still-life”, a show that first opened in London’s Royal Academy. It consisted of a series of portraits of Hockney’s friends created over a 2 1/2 year period, between 2013-2016, in the artist’s L.A. studio.

One of Hockney’s longtime friends was due to be painted for the series in early March 2014, but on the day she was scheduled to sit, she canceled due to an unexpected family engagement. With everything set to go that day, Hockney decided to paint a fruit still life on a bench instead.

In a time of self-imposed social withdrawal, Hockney’s stand-in still life due to sitter cancellation seemed fitting for a contemporary re-enactment. We gathered whatever fruits we had at hand in our homes and set them on a chair, as the subject for our absentee portrait.

Hockney ended up painting his friend later in the project, and her portrait was included in the series. At the time we painted this series, we were looking forward to the day when we could fill our chairs with real humans.