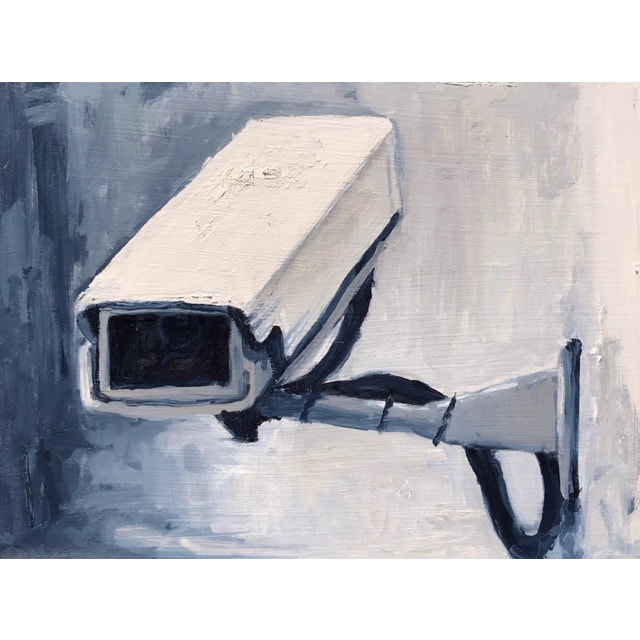 BE BOTH Art Statement

Roofless Painters is pleased to present BE BOTH, a series of paintings inspired by Ali Smith’s novel How To Be Both.

In a format similar to that of a book club, we periodically propose a collective read of a painting-related novel that culminates in our creating a series of paintings inspired by the read.

How to be Both is a novel that playfully twists two different but interconnected narratives. Its synchronizing double-helix structure is able to interlace two separate eras, genders, and visions, braiding them audaciously into two intertwined stories. For this painting series, we focused on the bouncing between the act of seeing and the act of being seen, the raison d’être behind all the bending and blurring happening throughout the book.

With echoes of 1984, the surveillance fear in one of the stories inspired us to depict a series of CCTV cameras. Unmanned, anonymous, cold, suspicious, exposing, ready to censor and rewrite personal stories.

On the other side of the intercommunicative gaze is a series of self-portrait paintings of each of the painters’ eyes. Like the disembodied eyes in The Great Gatsby, these eyes stare back unapologetically, fixed, defiant.

Installed on opposite walls of a room, the paintings in BE BOTH engage viewers in an act of binary perception. In the space between that duality, a discussion about who is doing the seeing and who is being seen begins.